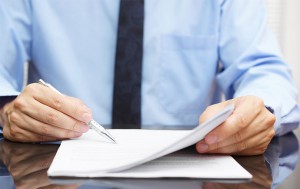 The Argosy Legal professional team is led by George Ilk.

Over more than 43 years as a qualified solicitor George has experience as a legal practice principal and partner, an in-house corporate counsel, a law academic and in the corporate world as an executive director, chief executive officer and company secretary of unlisted public companies and several private companies operating in a broad range of industry sectors. George has also owned and operated his own small to medium business enterprises. During that time George has gained a highly evolved insight into the needs of business owners and the challenges they face.

As a client of Argosy Legal you will have the benefit of George’s insight, experience, training and knowledge. For you that means we will provide you with the benefit of sound, practical and commercially focussed advice.

George’s formal qualifications are a bachelor’s degree in law (LL.B. 1977) and a master’s degree in law (LL.M. 2004) both from Sydney University. George was admitted as a legal practitioner in New South Wales (in 1977), in Queensland (in 1999), the Federal Courts of Australia (in 1991) and the High Court of Australia (also in 1991). He is a member of the Queensland Law Society and holds an Unrestricted Practising Certificate issued by the Queensland Law Society.

Today, George is playing an active role in the commercialisation of ground-breaking eN-GeN Technology (patents applied for) which has the capability to apply waste heat harvested from sources such as fired power generation plants to create enormous force that can be used to generate virtually emission free electricity.

Liability limited by a scheme approved under Professional Standards Legislation.

By understanding the key drivers of your business we will be in a position to provide you with advice and commercial solutions that reduce your stress, solve your problems and achieve your goals.